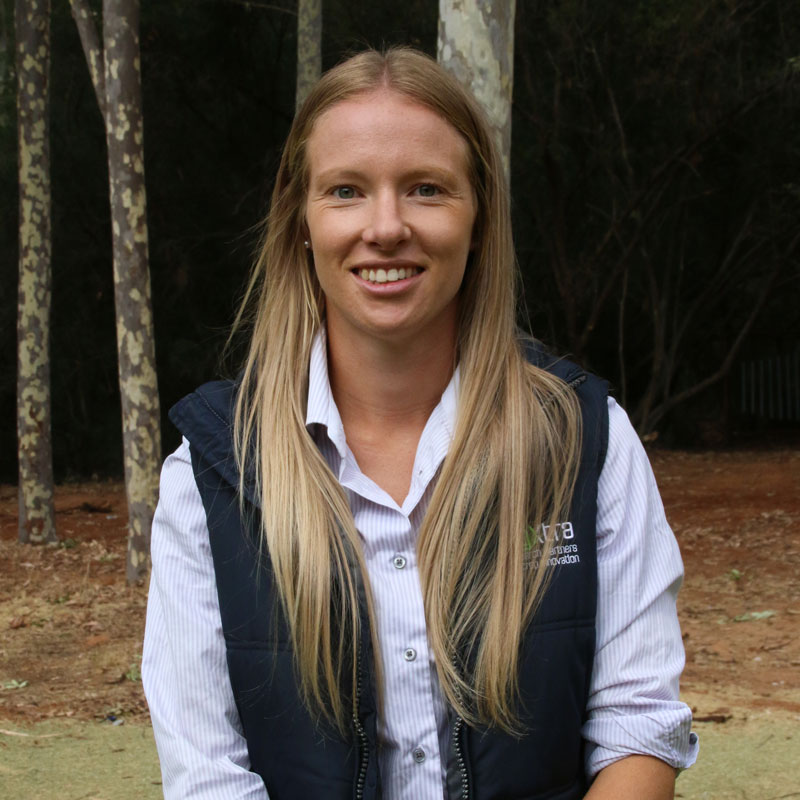 There’s probably not much that could have been done differently to prevent the freak accident that injured me, but we need to have those conversations and share our experiences. You never know what will resonate with someone or be the trigger that makes them think twice or double check – that might just save a life. Trialsafe is a brilliant platform to communicate these stories.

I was getting a header ready to take out for harvest. I told the driver who was in the cab that I was going to duck around and check the back tyres as it had been sitting in the shed for a month or so. To start the engine, you had to hold the glow plug for 15 seconds, it had a dead man switch, and was only supposed to start while in neutral. In my head I had plenty of time and thought, “if the machine is going to move, it will move forward”. But instead, the header, which was in full throttle, slipped a gear into reverse which somehow overrode the hand brake, and it came straight back at me. The metal casing caught me, pushed me back and pinned me between the header and another machine. If I was a second quicker, I would have been clear.

The driver couldn’t see me but felt he had hit something so immediately drove forward, saw me on the ground and called an ambulance. I felt like I had been badly winded but there was a lot more going on internally than I realised. I had cracked a rib, a 7.9cm laceration on my liver, I’d nicked my spleen and had a large amount of fluid internally which turned toxic and led to further complications that required surgery. I was in hospital for a total of eight days.

Luckily, the body repairs itself quickly and if there’s an organ to damage, it would be the liver! From when the accident happened on the last day of November 2017 to a follow up scan in the first week of January 2018, most of the internal injuries had healed.

However, because I had been in hospital and out of action for so long, I had lost weight and muscle conditioning and that took longer to recover. Because our job at AgXtra can be physically demanding, I had to be back to the same physical state as before, which took quite some time. Richard and Annie and the team at AgXtra were brilliant and helped me with office duties to ease back into work.

SafeWork NSW was involved from the very start. They conducted an investigation and checked the machine. It had been serviced the month before and the small fault was extremely hard to pick up mechanically. It was a sequence of unfortunate events that combined caused the freak accident. I’m a lot more conscious about machinery now and more aware of my surroundings; from using a forklift at work to simple jobs like hitching a trailer.

A lot of it is common sense but it’s great to have an industry forum like Trialsafe to kick-start those conversations and make sure we’re all looking out for ourselves and each other.

”It’s great to have an industry forum like Trialsafe to kick-start those conversations and make sure we’re all looking out for ourselves and each other.